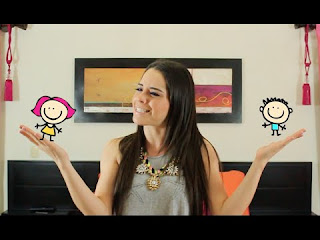 In a recent web content for one of our clients, I sang paeans to Google AdSense earnings' potential. In particular, I was referred to an article in USA Today [http://www.usatoday.com/tech/news/2006-03-28-googe-adsense_x.htm] that showcased instances of substantial Google AdSense earnings by "third-world" website owners for whom Google's doles are like god-sent (never mind Google's own skyrocketing revenue from Adsense). Since I was constrained by my client's need to write on virtues of AdSense while authoring his web content, I couldn't focus on 'allegedly' darker sides of Adsense. I say 'allegedly' because it is not clear whether Google really is the culprit as made out to be. Be that as it may, let me turn to what a few website owners faced while trying to claim a pie of Google AdSense earnings.

Stas started publishing AdSense ads on his website from December, 2005. His site was already receiving 600 page-views a day, so Stas thought AdSense ads would be ideal to put his site-estate to perfect use. Since AdSense delivered highly targeted ads, there was always a chance that his viewers would click on the ads resulting in revenues for both Stas and Google. He was not off the mark in his assumption. The ads displayed on his website did generate clicks, and on one day the number of clicks surged to 169. This generated Stas's Google AdSense earnings of $32 on a single day. The 'WOW' however didn't last long.

Google came hotfooted and charged Stas of generating invalid clicks from his website, suspending his account promptly. Whatever his Google AdSense earnings were at the time of suspension also stood withdrawn. Since Stas didn't pull down the ads immediately though they were of no use to him for the time being, it remained unclear as to who earned the commission money for the clicks generated during this period.

Stas got going immediately and after a series of email correspondence, his account was finally restored by Google a few days later. Stas apparently agreed that deliberate clicks (click fraud) triggered the episode (which Google too said). But the question remained as to who did that? As it turned out, Stas had to forego $30 of his Google AdSense earnings. He didn't mind. He reasoned that for all its supposed follies, AdSense does fetch money for his website. What has Stas got to say on his experience? Taste this:

"...the next time you get excited by all those books and sites touting Google Ads as your greatest source of revenue, think twice before you waste your time and energy on something that is *not* under your control and can be taken away by a malicious user in co-operation with Google AdSense team. Google AdSense is undeniably a great tool when it works, but I'd definitely love to have a better control over it."

A similar experience is reflected in Benjamin's account. In his case, after AdSense earnings stopped for him for the first time, Benjamin waited awhile and applied afresh. He got a new account but that too was terminated by Google for alleged 'click fraud'. Though he gives a fair measure of his Google AdSense earnings each time his account operated, Benjamin fails to mention anything regarding number of clicks or whether there were anomalies in them. After going couple of times through Benjamin's article, I concluded that more information would be needed to know what exactly happened. Benjamin complains about the VAT payments but that is something not directly related to Google AdSense earnings per se.

The truth must lie between what Stas and Benjamin faced and the policies of Google Adsense. Let me turn to what Google has to advise on Adsense. To be sure, Google has lined up many success stories that range from health website to home improvement site to even one that deals in aircraft seating information for frequent flyers. If you feel intrigued, there's perhaps a reason or two there. The common thread is the fact that many site-owners do have bulging Google AdSense earnings.

Speaking on behalf of Google, its reluctance to spell out all that we want to know is understandable, given the fact that the contextual advertising scene is becoming very competitive with each passing day. Having said that, I want to echo Stas's wish of having more control on AdSense account. In the least, let Google automatically filter self-clicks and not count them for revenue. YPN (Yahoo! Publisher Network) is already doing that. Why Google cannot is a mystery. If Google takes care of this small scruple, it'll make life easy for many site owners like Stas and Benjamin.

Perhaps Google has reasons to act against Stas and Benjamin like it did. Perhaps not. Is the reason attempted click fraud? If so, what about their insistence that they didn't do what Google says they did? Even as the debate continues, let there be no doubt that the lure of handsome Google AdSense earnings is too much for small website owners to not abstain from opting for it.